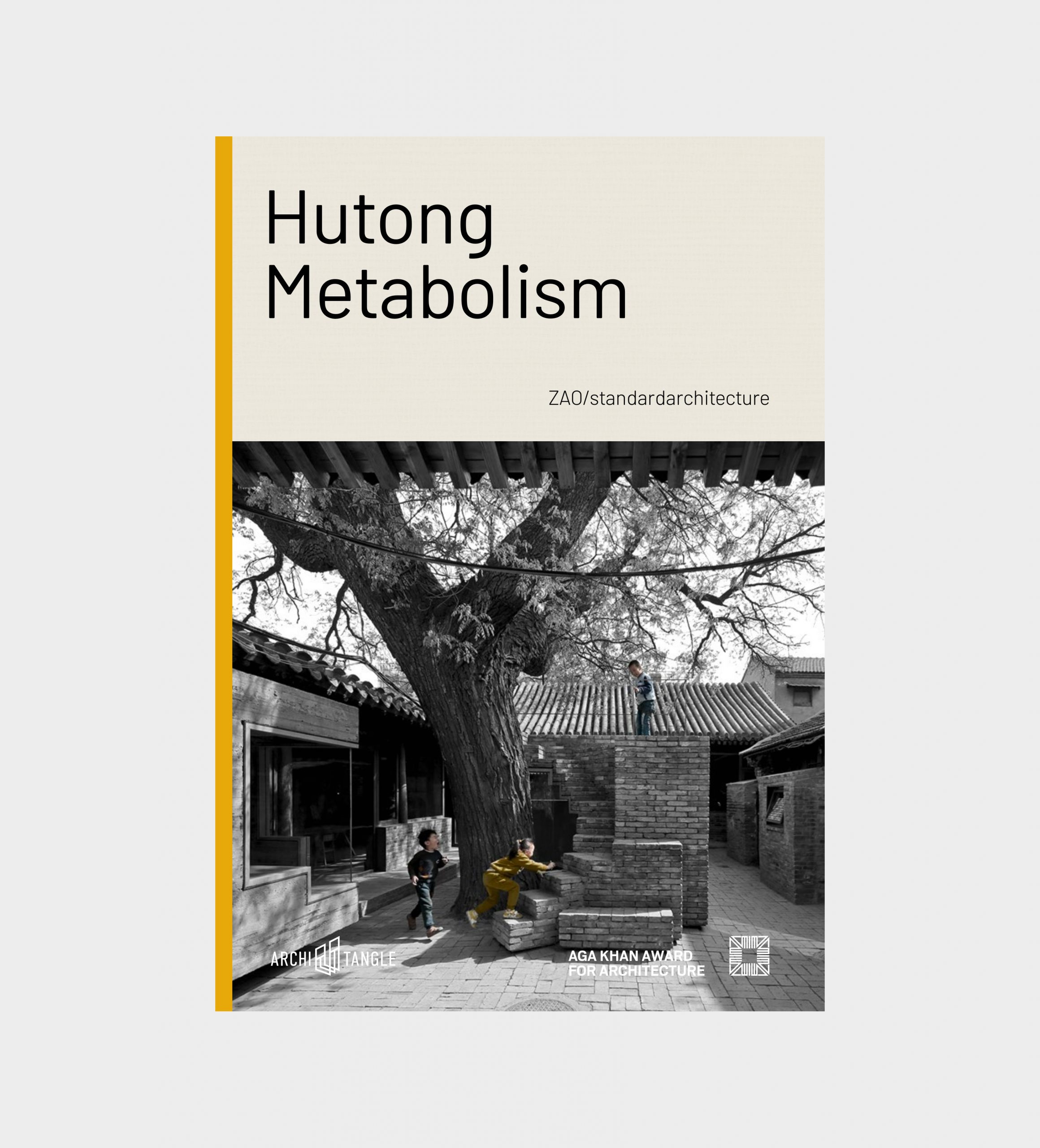 Small stone hutongs, built within a courtyard-and-alley system, are emblematic of Beijing’s traditional inner-city architecture which still contends with modern, cooperate redevelopments to shape the character of the city. In one of the oldest cities in China, the important tasks of preservation and revitalization require particular sensitivity. Captured at the centre of the battlefield between development, conservation and renovation, the hutongs, on the verge of erasure, call into question the paradoxical nature of these paradigms.

The Micro Hutong Renewal series by ZAO/standardarchitecture focusses on small structures which residents have added to hutong courtyards in the last 60 years. The anchor project of this publication is the Hutong Children’s Library & Art Centre, which won the Aga Khan Award for Architecture in 2016.

A foreword from the Aga Khan Award director, Farrokh Derakhshani, and a series of photographs and drawings by the architect will present this project alongside another project from the series; The Micro Hutong and Co-living Courtyard, as well as ZAO/standardarchitecture’s social housing projects in the center of Beijing. In addition, scholarly essays from across disciplines will explore alternative perspectives of China’s historical cities and the challenges they face.

Several interviews with different people involved with the Hutong projects, such as residents and users of different ages will ensure a broad range of perspectives.

The holistic message of the book will illustrate how ZAO/standardarchitecture’s work considers the city and its components as living organisms. This is what gives rise to the title: Hutong Metabolism.

Farrokh Derakhshani will write the foreword, introducing the topic of the book. He will bring in the perspective of the Aga Khan Award for Architecture which was awarded to Micro Yuan’er Hutong project in 2016.

Mohsen Mostafavi, having himself produces an exhibition with 60 emerging firms in China, will look more broadly at the general conditions under which contemporary Chinese architects work. With reference to the Aga Khan Award for Architecture, he will pay special attention to the context of Muslim narratives in China as well as the changes in the architectural practice of contemporary Chinese architects, which is today characterised by many young firms and architects. Their  perception in western academia and role on the global architectural scene will be discussed, as although few architects from China are teaching abroad, they are increasingly well known amongst young students today.
Mohsen Mostafavi will also discuss four other projects in China, all shortlisted for the Aga Khan for Architecture in the recent years, that illustrate the topics to be explored in his essay: The Courtyard House Plugin in Beijing, the Museum of Handcraft Paper in Yunnan province, the Tulou Collective Housing of Nanhai, Guandong and the Bridge School in Xiashi, Fujian Province.

Kenneth Frampton has specific interest in ZAO/standardarchitecture’s work on Hutongs that were much more destroyed than those worked on in similar operations by other practices working with this material. He will look at how the practice has managed to create small worlds particularly with children in mind and discuss how these microcosms are suspended between the scale of the house & the scale of a small public building- without losing sight of precise detailing.

Kristin Feireiss & Hans-Jürgen Commerell  This article will raise questions on habitat, considering whether it is possible to envision new types of habitats – habitat micro, habitat macro; habitat horizontal, habitat vertical; habitat of a people, habitat of different people together; habitat with new infrastructure or habitat with new metabolism. Increasingly, habitats are becoming interlinked, overlapped, pushed against each other and merged. Ultimately, current questions come to how one can better share habitats together with others. How can habitats become more inclusive, resilient, safe and sustainable? Related to this topic the article will present realized projects of Zhang Ke and his firm ZAO/standardarchitecture, including the Micro Hutong Hostel and Market, Micro-yuan’er Children’s library and art center, the Co-living Courtyard, and the co-living social housing at Yu’er Hutong. Plus, a number of other recently realized or currently under construction projects, such as the Novartis Campus Building in Shanghai, the CAA Art Museum in Hangzhou, and the Sky Garden (Community Art Center), the Floating Thermal SPA, and the Courtyard Maisonette Housing in Rizhao, as well as a meditation house, and an outdoor theater, both located at the foot of the Great Wall

Martino Stierli, The Department of Architecture and Design at MoMA has acquired on of the Hutong Models produced by ZAO/standardarchitecture as part of their architectural explorations of Hutong Metabolism. This is the suggested starting point for Martino Stierli’s essay, which will explore the contemporary practice of young generation Asian architects, and the importance of the architectural model as an exhibition object. It will address the significance of the social focus of ZAO/standardarchitecture’s practice, particularly within China.

Nondita Mehrotra Correa in conversation with Zhang Ke, The interview of Zhang Ke by Nondita Correa will shed light on the architect’s perspectives on several aspects of single architectural projects to the concept of Metabolisms. In the context of having won the Aga Khan Award for Architecture, it will shed light on the broader message that his Hutong Renewal sends about architectural narratives that counter the Western dominated constructs. It will touch on Zhang Ke’s inspiration by Charles Correa, and the ties between Correa and the Aga Khan Award. Finally, to provide a broader scope of the inspiration behind Zhang Ke’s work, Nondita Correa and Zhang Ke will discuss the concept of “Metabolism”, and the significance of this word previously in the context of the Japanese Metabolism movement.

Amanda Ju In order to include the perspective of the residents and users of the Hutong Renewal projects, Amanda Ju will interview different members of the Hutong communities, from children to longterm residents. She will also include the often unheard perspectives of people involved in the projects other than the main architect, such as young architects in training at the office at the time the projects were developed.