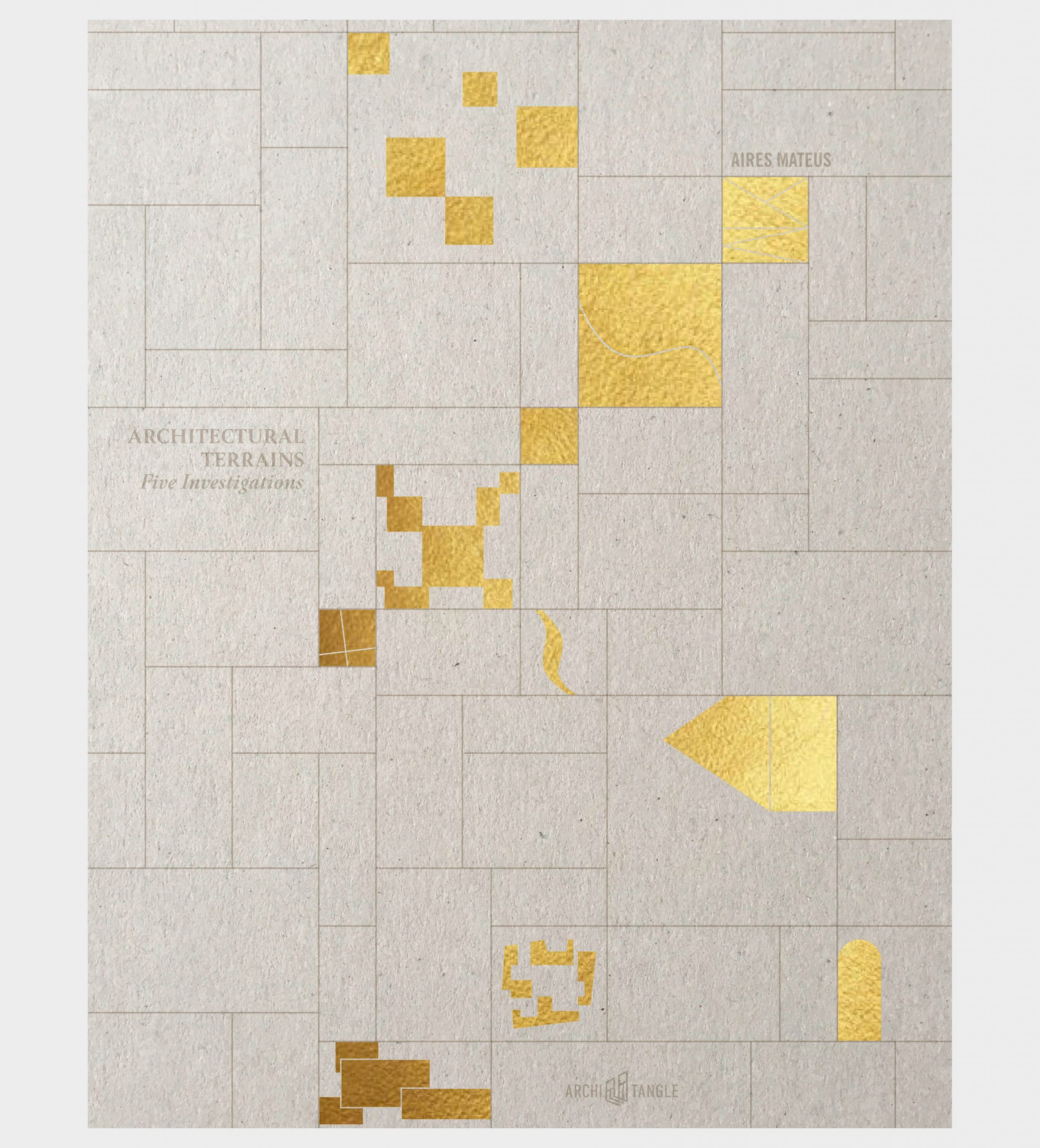 The five breathtakingly poetic installations by AIRES MATEUS that they have contributed to the Venice Architecture Biennale.

The acclaimed architectural geniuses of the Portuguese world, AIRES MATEUS, have been invited to participate in the Venice Architecture Biennale five times since 2010. This publication introduces the five breathtakingly poetic installations that they have contributed to the world’s most renowned architectural event.

The Venice Architecture Biennale, one of the most acclaimed events in the world of architecture, is undoubtedly the most prominent of about twenty biennales and triennials devoted to the field worldwide. The international affair brings together leading practitioners from around the world to share knowledge and developments on questions of contemporary relevance. It is a particular distinguishment for the architectural practice AIRES MATEUS to have been invited to participate in this biennale five times.

Founded in the 1980s and led by the two brothers Manuel and Francisco Aires Mateus, the practice has gained international recognition for its poetic reinterpretation of architectural traditions in Portugal. Their impact on the current architectural scene in the Portuguese world is unparalleled.

This publication, which introduces the five architectural installations contributed to the Venice Biennale by AIRES MATEUS over the past decade, consists of five individual parts. Each of the five books is dedicated to one installation in Venice. They are held together by a vertical slipcase, discretely and beautifully embossed. The breathtaking projects presented in this volume set an outstanding example of how architectural installations reflect space in a sensitive, poetic, and even mathematical way.

Every installation is introduced by a short essay, specially written for this publication by philosophers, architects, and an art critic. Contributors include Francisco and Manuel Aires Mateus, Ricardo Carvalho, Nuno Crespo, Sofia Pinto Basto, Paulo Pires do Vale, and Delfim Sardo.

VOIDS: The first time AIRES MATEUS presented Portugal at the Venice Biennale was in 2010. The show was curated by Kazuyo Sejima from the Tokyo-based firm SANAA, the first woman ever to work as chief curator of the Venice Architecture Biennale. AIRES MATEUS’ installation VOID was strikingly simple, as their minimalistic architecture often is. An entire room in the Central Pavilion of the Giardini was filled with abstract models of projects by AIRES MATEUS. Their installation investigated the extraction of volumes, connecting positive building forms with the corresponding negative space. This relationship between positive and negative space has always existed inherently but rarely has it been so clearly and understandably articulated.

RADIX: In 2012, the installation took the form of a single large sculpture which greeted the visitors in the Arsenale. The open and closed arches of RADIX, a steel structure clad with rusting steel panels on the outside and with a golden finish on the inside, could be perceived as a continuation of the arches of the shipyards in the docks of the Venetian Arsenale. Despite the heavy steel construction, the arches of the pseudo-rectangular block along with the brownish, golden color have a light appearance; it is as if the structure were made of wood. The arches are supported at three points, with the main arch overhanging the docks.

FENDA: In 2016, the participation again took the form of an installation, but this time the visitors could enter a beautifully illuminated, mysterious cube, with which the architects symbolically marked the return to the essence of space. Space was considered from the perspective of its relationship with humans, that is, anthropologically. The installation served as a reminder that this is still the essential value of architecture. FENDA is a cube with outside dimensions of 7 × 7 × 4 meters. The visitor entered by opening a black curtain, passing through a one-meter-thick concrete wall. Inside, one found oneself in a kind of cave. The slit of light from the entrance opened and closed the visitor’s path, changing the scale and perception of space.

FIELD: Though it is another beautiful sculpture, this installation differed from previous ones: this time, one could not enter the installation, only look inside. The curators described this work as a sensitive, poetic, and mathematical reflection on space. What the visitor perceived—the smell, colors, and texture—all reminded of nature. Subtle textures or spots of color emerged from the dark under a diffuse and warm light, evoking the beauty of controlled landscapes and blurring the limits between natural and artificial.

GROUND: The most recent installation, presented at the 2021 biennale, shifted the visitor’s perspective afresh. Visitors were allowed to walk over the installation which covered the floor of a central walkway at the biennale. By bringing the visitor’s attention to the floor level and thus to the ground, which we all walk on, the installation highlighted what AIRES MATEUS refer to as the shared base of each person’s journey on earth. The structure was defined by irregular block sizes and highlighted cutouts of negative spaces, symbolic of humanity’s journey within today’s transforming world.

Manuel Aires Mateus (Lisbon, 1963), graduated from the Faculty of Architecture – U.T.L. in 1986.
Francisco Aires Mateus (Lisbon, 1964), graduated from the Faculty of Architecture – U.T.L. in 1987.
After collaborating with the architect Gonçalo Byrne, they founded AIRES MATEUS studio in 1988.They have been teaching since 1986 in several different universities across the globe including Harvard and Cornell University. Aires Mateus has been awarded with several prizes, both national and international, including the Valmor Prize, Secil Prize, Ecola Prize, Enor Prize, FAD Awards, the prize of the Ibero-American Architecture Biennale, and several projects have been nominated for the Mies van der Rohe Awards. In 2017 they received the Pessoa Prize, the most important prize in the area of Portuguese culture.
Many projects have been published in international monographs and magazines.
They took part in the latest editions of Venice Biennale in 2010, 2012, 2016, 2018 and are contributing to the 17th Biennale de Venezia 2021!

Sofia Pinto Basto graduated in 1993 from the Faculdade de Arquitectura, Universidade Técnica de Lisboa. She completed further studies in the field of Philosophy at Universidade Nova de Lisboa in 1995, while already working  in the studio Oliveira Sousa Arquitectura e Urbanismo, where she gained twenty years of experience. As project coordinator, projects she worked on include the campus of the Universidade Nova de Lisboa, campus of the Politécnico do Cávado e do Ave, and the Stone Block housing building in Lisbon.
Since 2000 , Sofia Pinto Basto has been working together with Ana Cravinho and Inês Cordovil. They founded SIA arquitectura studio in 2007, with the aim of defining a language that reflects their distinctive perspective on architecture.

Paulo Pires do Vale is a pProfessor, essayist and curator, graduate and master in Philosophy from FCSH, Universidade Nova de Lisboa. He teaches at the Portuguese Catholic University, at the Department of Architecture at UAL and at Maria Ulrich School of Early Childhood Educators, where he coordinates the Postgraduate Degree in Artistic Practices and Pedagogical Processes. The many essays and articles he has written include  “Everything is something else. Desire in Hegel’s Phenomenology of the Spirit ”. His writing has been published in books, magazines and catalogs of collective and individual exhibitions and focuses primarily on the relationship between art, education and society.

Ricardo Carvalho, graduated in architecture in 1995 at FAUTL at the Universidade Tecnica in Lisbon.  He established the studio RCJV Arquitectos in 1999, which has been known as, Ricardo Carvalho Associados since 2018. In 2012 he earned a PhD in Architecture from the Instituto Superior Técnico, Lisbon.
He has taught as a professor since  2005 and became Dean of the Department of Architecture of the Universidad Autónoma, Lisbon in 2013. His teaching positions include a professorship from 2009 to 2013  in the “Architektur Studium Generale” International Master at Brandenburgische Technische Universität Cottbus, Germany, and visiting professorships at the Escuela de Arquitectura , Universidad de Navarra in 2013 and Carleton University, Ottawa from 2016 to 2017. He is a regular guest critic in several universities, in Portugal and abroad.  From 2005 to 2008, Ricardo Carvalho worked as  editor in chief of JA-Jornal dos Arquitectos. He writes regularly for international publications and has curated various architectural exhibitions. His book “The Social City” was published in 2016. The many awards he has been nominated for include the Mies van der Rohe Award of the European Union Prize for Contemporary Architecture which he was first nominated for in 2015 and currently again for the 2022 cycle.

Delfim Sardo is a professor at the University of Coimbra and responsible for the visual arts program at Culturgest, Fundação Caixa Geral de Depósitos. He also works as  consultant of the Calouste Gulbenkian Foundation and director of the Center of Exhibitions of the Centro Cultural de Belém in Lisbon. His curatorial work includes the curatorship of the Portuguese Representation at the Venice Biennale in 1999 and co-curatorship of the same in 2010. He was also chief curator of the Architecture Triennale of Lisbon 2010 and of the Biennial Anozero in 2017.
Further pursuits include his  founding and directing  the Pangloss contemporary art magazine and working as president of the Portuguese section of AICA (International Association of Art Critics). He writes regularly on art and architecture and is the author of several books, including A Visão em Apneia published by Babel in 2013,  and O Exercício Experimental da Liberdade by Black Orpheus in 2017.